Bikers'Festival
The meeting place for bikers!

For several editions DG Sport has been developing the Bikers’Classics concept, the undeniable major event for classic motorcycle enthusiasts on the Circuit of Spa-Francorchamps. For the 2023 edition, scheduled to be held on Saturday 12th and Sunday 13th August, the change will be … radical, because the Bikers’Classics will be incorporated in a Bikers’Festival which quite simply aspires to be highly ambitious!

The number one objective was to find a formula that would even more highlight these exceptional machines of years gone by, and all the activities that accompany the riding sessions. This gave us the idea of a multi-facetted Bikers’Festival, focussed on attracting all motorcycle enthusiasts, whether contemporary or classic, on the ‘most beautiful circuit in the world’. The ‘classics’ will continue to benefit from substantial riding time, the parades will remain more than ever on the programme, and the former champions will make the souvenir hunters happy. But within the framework of the Bikers’Festival, as from now it is part of the billboard.
The ‘Trial Classics’ and the Revival of the ‘2 Jours de Stavelot’, which glorifies the trial and the enduro of old, also remain on the programme, as from now joined by the ‘L’Ardenne Moto Trail’, a two-day ‘trail’ run through the Ardennes. As for the ‘Les 1000 Virages’ event, a road run, also held over two days, this time on asphalted roads
And that is not all! As a highpoint of the Bikers’Festival 2023, a show area will be set up allowing the importers to exhibit and offer test runs of their most beautiful models! Add concerts and entertainment for young and old to this, and you end up with a real Bikers’Festival! 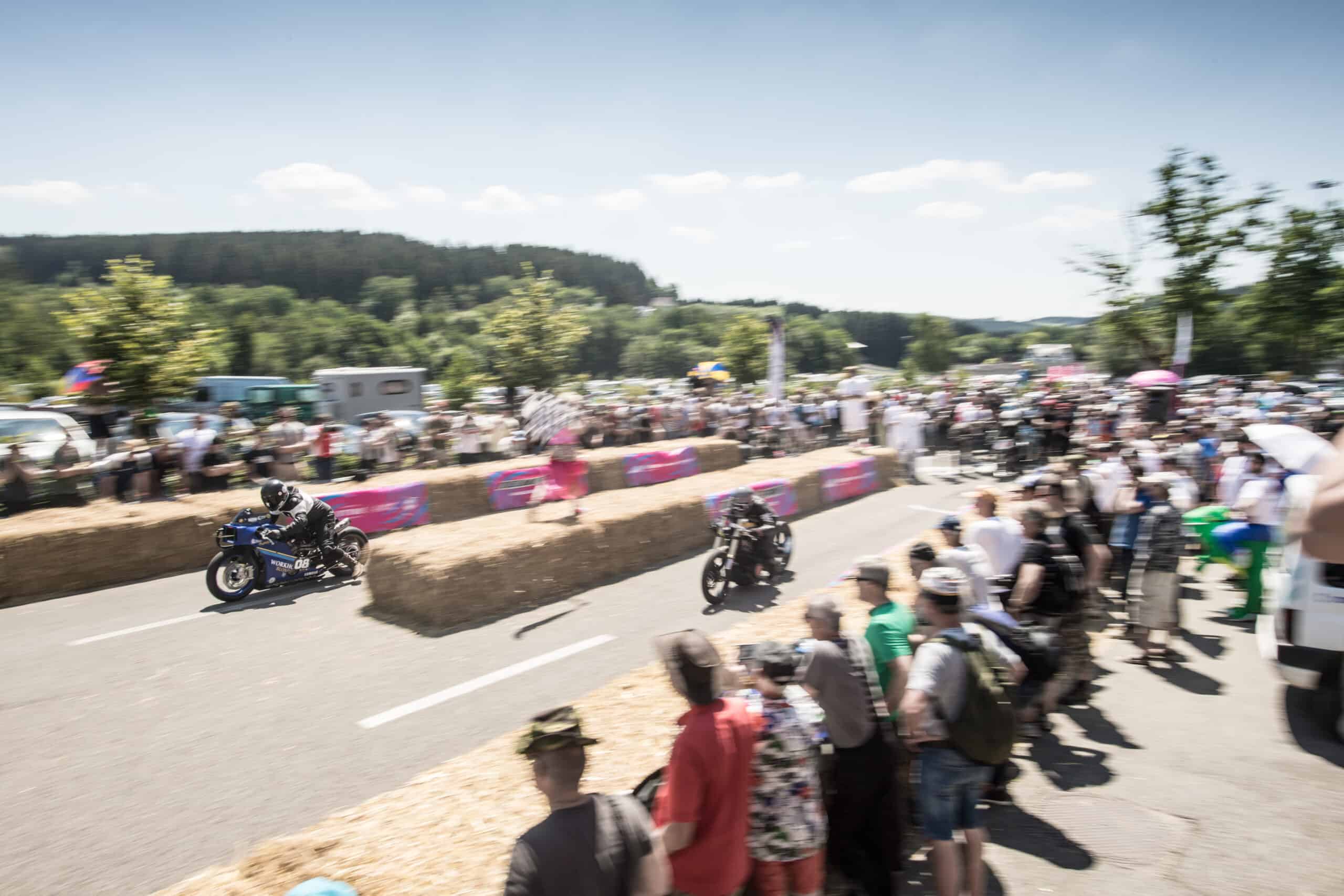 For several editions DG Sport has been developing the Bikers’Classics concept, the undeniable major event for classic motorcycle enthusiasts on […]